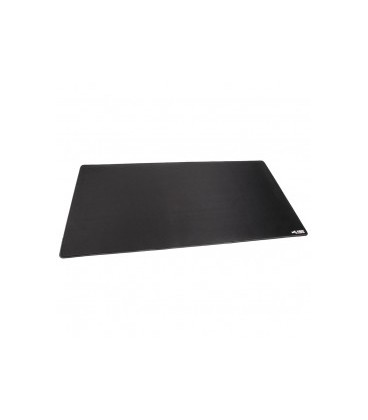 Fast and reliable shipping. Outside Europe within 7-9 days.

With the present Glorious PC Gaming Race mouse pad, the user has full control over what happens on the screen, whether working or playing. If you are one of those gamers who need freedom of movement, then this XXL version is just right for you. The underside of the mouse pad consists of a rubber layer, which secures the mouse pad very well against unintentional slipping, which can have unpleasant consequences when playing.

This special XXL version is downright bombastically large, so the pad is significantly wider than it is high. Since the movements of the mouse are based on the aspect ratio of the monitor used, it is logical that the mouse pads also take on a kind of widescreen form. This also makes it clear that dual or triple monitor systems benefit most clearly from the shape. Due to its large area, you can even place the keyboard on the mouse pad in addition to the mouse, which means that the controls and the mouse pad become a visually appealing unit.

With the simple and elegant design, as well as an anti-slip coating on the back, the three millimeter high gaming mouse pad is the ideal addition for demanding PC users with a well-considered budget